Over the last three years, members of the UK Science Festivals Network (UKSFN) have been developing their approaches to engaging young people with research, focussing on those from backgrounds traditionally underserved by science engagement activities.

Since 2017, funding from UK Research and Innovation (UKRI) has enabled Festivals to hone their ability to engage with audiences that are not generally seen at science communication events. Now, they not only have a better understanding of how to reach such audiences, but also how to utilise researchers and community partnerships to do so.

The development process has been iterative. In 2017 Festivals who applied for the funding were generally not as confident in targeting those with low levels of engagement and from low socioeconomic backgrounds, let alone the 11-14 year old target audience. Compared with families, teenagers are generally harder to engage with outside the classroom, let alone those who may face additional challenges in their lives. As such, it was important that Festivals stepped out of their comfort zones and trialled alternative ways of working with this demographic. 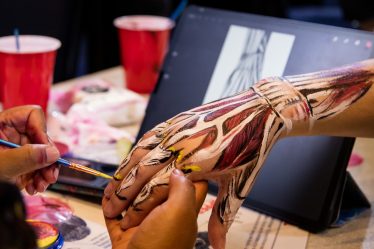 From the beginning it was clear that the projects most successful in engaging with the target audience were those that formed a meaningful local community partnership with a group that had led to trusted relationships with them. This evolved to encouraging applicants to partner with community groups in 2018 and finally it being a requirement of the funding in 2019.

The effectiveness of the community partnerships is highlighted in the 2019 evaluation, where those leading the groups were interviewed. There was unanimous desire and sense of urgency amongst them for similar projects to take place, especially those that put their audiences in direct contact with active researchers. Not only did involvement in the project positively impact their audiences, but the funding also enabled the provision of high-quality free activities for them and this was a key reason for the groups’ involvement. The community groups we spoke to are constantly looking for funding opportunities to provide services for their users and this project enables them, in a small way, to do that. As one community group leader highlighted “it’s funders who are hard to reach not people” – a sentiment echoed amongst interviewees. 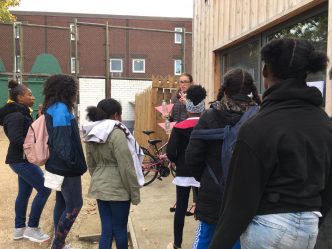 A key requirement of the project has always been to provide a platform for active researchers to engage with audiences, especially those with whom they may not usually interact. Throughout the years, feedback from researchers has been consistently positive. Many remarked valuing the opportunity to reach new audiences, but also develop their confidence to engage public with their research more generally. It was often said that they would like to be involved in more projects like it in the future. Projects like this enable researchers to take an active role in making their research sphere more accessible for people from a wider variety of backgrounds and, importantly, to understand their needs. It also encourages them to expand their view of what science engagement is and can be.

One of the most interesting aspects that has evolved since 2017 has been the reflections and understandings of the Festival organisers themselves. Feedback from 2017 suggested some had difficulty finding and maintaining connections with the target audience. This changed in 2018, where there was a demonstrable learning curve with how to effectively work with community groups to reach and engage with the target audience. Here, it became clear that flexibility, building trust, perseverance and above all listening were key.

These insights amalgamated in 2019 where organisers went a step beyond focussing on the audience alone, commenting they were keen to involve more researchers who were from similar backgrounds to their target audiences. This reflects the growing emphasis on the importance of role modelling in science engagement. It is positive to see Festivals integrate this way of thinking in the development of their projects. 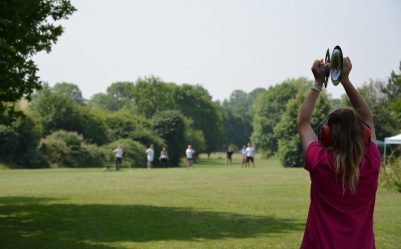 Having worked with the UKSFN and its members over the three years, it has been a rewarding experience to see a collective evolution in approaches to working with new audiences. Science Festivals are uniquely placed in their towns and cities to facilitate relationships with active researchers and local communities. Organising a Festival is no easy feat, and organisers are often juggling numerous projects, partnerships and key performance indicators at any one time. Despite this, the fact that UKSFN members are keen to apply for funding to reach audiences outside of their usual remit demonstrates the passion and ambition in the sector to learn and develop.

What could come out of this project in the future is exciting and there is no doubt that Science Festivals will continue rising to the challenge. As we kick off the fourth iteration of this project in 2020, we’re looking forward to providing Festivals with further opportunities to trial new ways of working and create more impactful projects for young people and researchers alike in their towns and cities. 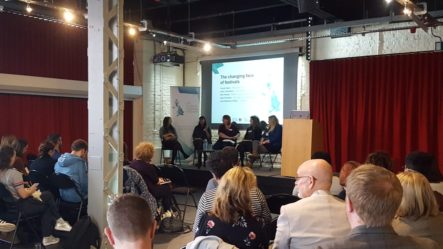 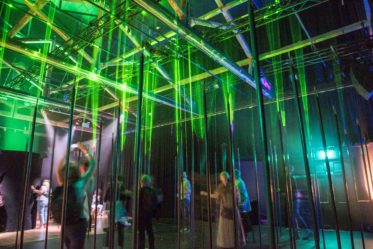